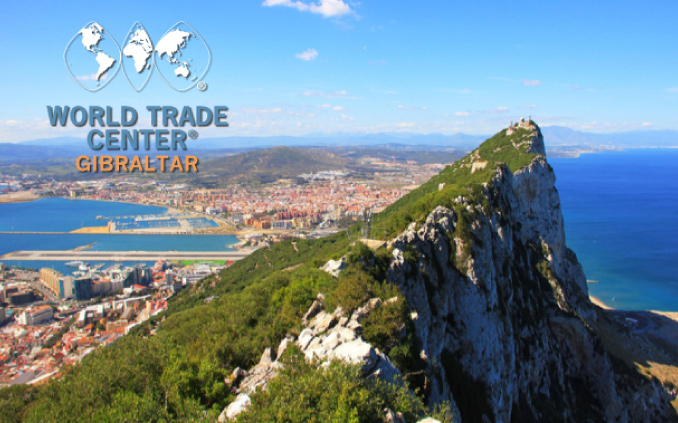 Gibraltar’s iconic World Trade Center is, today, home to such DLT giants as LMAX Digital, Bitso.com and CEX.io. It also houses specialist consulting firms, one of whom we recently spoke with regarding why DLT companies are choosing to move their businesses
permanently to this friendly and welcoming DLT jurisdiction.

Back in 2014, DLT and cryptocurrency businesses were either looked upon as novelties or actively disdained as persona non grata in many parts of the world.

As part of the World Trade Center Gibraltar’s ongoing campaign featuring “the Rock’s” many attractive opportunities for FinTech and FinServ companies, I went looking for local experts who could speak authoritatively on Gibraltar’s DLT landscape.

Anthony Provasoli is a Partner and FinTech Department Co-Lead at Hassans International Law Firm Limited, based in Gibraltar. Both Chambers’ and Legal 500 rank him as a Band 1 or Tier 1 leading lawyer in the Fintech industry (which means he is categorised as “the best”, for those laymen among us).

He is also one of the first individuals to have lobbied the Gibraltar Government and the Gibraltar Financial Services Commission (GFSC) for the regulation of Virtual Asset Service Providers back in 2014. He was involved in the consultation process to bring about Gibraltar’s highly innovative DLT Regulatory Framework and was also amongst a group of individuals who personally assisted in drafting the Guidance Notes for those landmark DLT Regulations which came into force in January 2018.

I called Anthony up and asked him to tell me the story of how it all began.

“I WENT LOOKING FOR LOCAL EXPERTS WHO COULD SPEAK AUTHORITATIVELY ON GIBRALTAR’S DLT LANDSCAPE.”

“It was 2014,” Anthony said, “and I had just received an enquiry from a client who wanted to set up a Bitcoin Exchange. He wanted to know whether that was possible in Gibraltar.”

Like so many people in 2014 (and still today), Anthony knew little of DLT and blockchain back then. He was part of Hassans’ Financial Services department at the time and knew that the request was somehow FinServices related.

“I asked around and found that nobody really knew what I was talking about. When I went online, I found a considerable amount of information about [bitcoin] — although most of it was negative given the Silk Road fiasco and the fact that a Bitcoin exchange had recently been hacked leading to its customers losing large amounts of crypto holdings.”

He was referring to the notorious Mt. Gox hack in February 2014 which resulted in a total loss of an estimated $450 million, 850,000 missing bitcoins, and a bankruptcy filing by the company.

“The connotation [from what I read online] was that bitcoin was being used by criminals to protect their anonymity,” he said.
Nobody who Anthony asked locally seemed to know much about the subject, but his hunt finally led him to knowledge of a cryptocurrency event that was about to be held on the Isle of Man — the 2014 Crypto Valley Summit, sponsored mainly by KPMG.

In a sense, the British Overseas Territory of Gibraltar and its prestigious World Trade Center owe a debt of thanks to their cousin, the British Crown Dependency of the Isle of Man. Because it was at this summit event that an inner fire for DLT and all its possibilities was lit inside Anthony’s mind.

“That was when I became aware of how significant the [cryptocurrency] industry already was and how much potential it had to grow exponentially,” Anthony told me. “All the people there were very passionate about it. I was already hooked myself on it, as well as
on how Gibraltar could get involved as a jurisdiction.”

The problem was that there was no clearly defined industry rubric for DLT and blockchain at the time. It was FinTech-related, but it didn’t fit precisely within any of the other regulatory regimes.

What followed was the establishment of a special DLT team inside the GFSC — the Gibraltar Financial Services Commission — which would take on the role of understanding this new technology.

The rest, as they say, is history, dotted by such momentous milestones as the arrival of the esteemed regulatory and IT professional, Siân Jones, to assist in getting the regulations worked out, as well as Hassans’ and other firms’ assistance in putting together the Guidance Notes for what would eventually become known as the Nine Principles of DLT.

The result was an innovative approach to DLT regulation which was neither prescriptive nor damaging to innovation, in a field which is inherently innovative by nature.

“A LICENSED BANK OR CREDIT INSTITUTION IS REGULATED TO THE SAME STANDARDS AS CRYPTOCURRENCY BUSINESSES [IN GIBRALTAR].”

DLT Regulation is a Choice in Gibraltar

A DLT company can choose to be regulated in Gibraltar. The benefit of being regulated, of course, is that it ensures the company is implementing all the best practices, which helps both clients and the DLT company itself.

“You don’t necessarily need to be a high profile or well-established business [to get permission to operate],” Anthony said. “The GFSC is happy to sit down with big players such as eToro and Huobi, but at the same time is also willing to sit down with smaller and newer DLT-focused businesses.”

“We’re working with a few big names, and a number of exciting start-ups, at the moment who haven’t received their permissions yet.”

In our previous interview with regulatory expert Targ Patience, he told us a similar story.

DLT companies are flocking to the Rock, while other jurisdictions scramble to get some sort of framework in place which resembles what Gibraltar has had for years.

But they keep coming up short.

WE HAVE A COUPLE OF CLIENTS WHO ARE IN THE PROCESS OF MOVING TO GIBRALTAR, WHICH WILL BE VERY EXCITING STORIES.”

Gibraltar “Stole the March”
from Other Jurisdictions

“Gibraltar was the first jurisdiction in Europe, and one of the first in the world, to specifically regulate DLT financial services business,” Anthony said. “Gibraltar’s legislation came into force in January 2018, with the bill being passed into law several months earlier.”

In comparison, Malta’s bill was not passed until July of 2018.

“Gibraltar stole the march somewhat,” he said. “Soon thereafter, other jurisdictions in Europe such as [Malta] and then Estonia, started working on their own regulatory frameworks and they started to get a lot of interest, but none has been as successful as the Gibraltar model in my view. We’ve also been getting a lot of clients who have started the process of setting up in other jurisdictions and applying for the relevant regulatory permissions but eventually growing frustrated and moving to Gibraltar.”

“In my view, none of the regulations out there even come close to the Gibraltarian model, because the Gibraltar model was specifically designed for this type of business.

“Now the EU is talking about potential regulation of Virtual Asset Service Providers and a proposal for EU wide regulation of crypto assets was recently leaked on social media. It is merely a proposal at this stage, however, and it will be several years before this proposed regulatory framework is developed to a point where it can be brought into force. It is interesting that a lot of the regulatory requirements being put forward in this proposal are already covered by Gibraltar’s DLT Regulatory framework which has been in place for a number of years already but it is also important that Gibraltar keeps a close eye on how the industry is evolving, so as to ensure that our regulations remain relevant and appropriate. As part of the executive committee at the Gibraltar Association of New Technologies (GANT) we are working towards this constantly.”

“Gibraltar regulations go beyond other existing regulatory models out there. They go much further. They look at the financial resources that the firms have in place and whether they have the relevant experience and expertise to operate a regulated crypto business. They look at how they protect the consumer, how they safeguard the customer’s funds, what their disaster recovery procedures are, etc.”

“GIBRALTAR STOLE THE MARCH [ON DLT] ON OTHER JURISDICTIONS VYING FOR MARKET LEADERSHIP…. WE’VE BEEN GETTING A LOT OF FIRMS WHO HAVE GONE JURISDICTION SHOPPING AND EVENTUALLY DECIDED ON GIBRALTAR.”

GIBRALTAR CONTINUES TO BE A WORLD LEADER IN DLT REGULATION.

“A licensed bank or credit institution is regulated to the same standards as Financial Services DLT Providers [in Gibraltar].”

Gibraltar continues to be a world leader in DLT regulation. A recent CoinRivet article goes so far as to say that the country has “dethroned Malta” as the “blockchain island”.

That same CoinRivet article reports on yet another recent victory struck by Gibraltar regarding DLT regulation. In full cooperation and communication with current licensees on the Rock (which includes such luminaries as eToro, Huobi, Currency.com, LMAX, Bitso and CEX.io), the GFSC has just updated its DLT regulations to keep them fully on par with international standards, while staying true to the regulations’ ethos — an ethos of encouraging innovation rather than stifling it, while still ensuring complete transparency between DLT Service Providers, and the clients who use their services.

To quote the article:

‘Our jurisdiction’s agility has been a hallmark of our success to date’”. 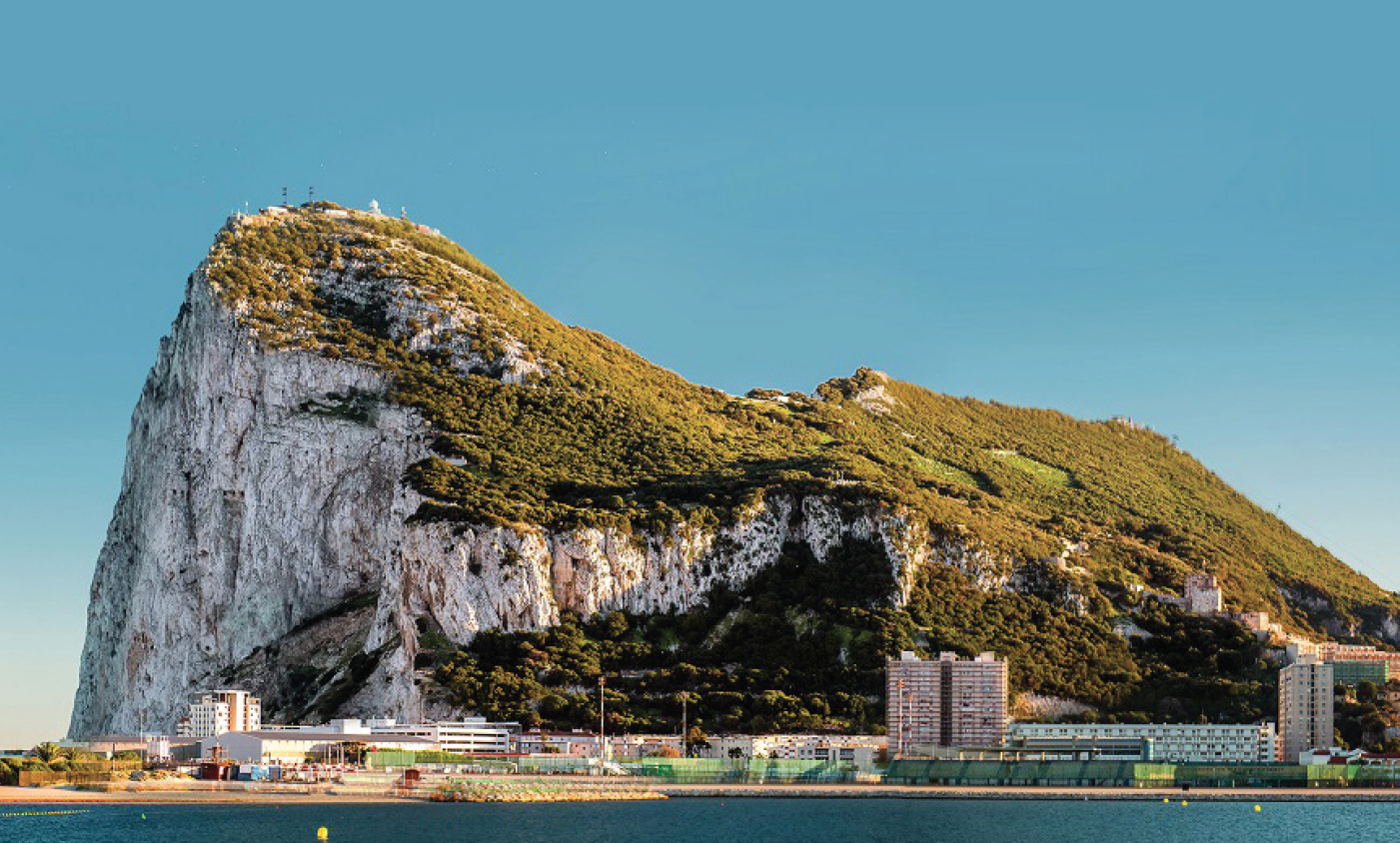 DLT Companies Are Moving to
the “Land of Opportunity”

“We do a lot of work with companies from Israel (known as the start-up nation) because of the legal uncertainty over there surrounding crypto business. We get many firms who are already established in the US or Asia but who are looking at Gibraltar for their EU-facing business. They want to have a Gibraltar-based location to service the EU and UK market. Our expertise in the development of Gibraltar as a centre of excellence for DLT business and our trail-blazing in the development of the right regulatory environment, allows us to coordinate international initiatives for our clients. Our expertise transcends Gibraltar and the UK”.

In our first DLT feature, Targ Patience told us that Gibraltar is a veritable “Land of
Opportunity” for DLT companies.

His firm was also in talks with several “big names” in DLT, assisting them in moving their businesses to this tax-friendly, VAT-free zone which is a member of the family of British nations benefits from a Mediterranean climate, blanketed by sunshine for approximately 300 days of the year.

And we — here at the World Trade Center Gibraltar which is abuzz with respected DLT-focused businesses working within it — welcome them all with open arms.

Brian Stevendale is a Senior Advisor to the World Trade Center Gibraltar and former CEO of Sunborn Superyacht Hotel.
You can chat to him on LinkedIn here:
https://www.linkedin.com/in/brian-stevendale-57560a19/

To find out more about moving your DLT-focused business to the World Trade Center in Gibraltar, contact: